The real estate development firm of George Gekakis, Incorporated, (GGI), was founded in 1981 in Shreveport, Louisiana, and incorporated in 1984, building custom homes as well as commercial structures, including office complexes, fire stations and shopping plazas in and around the Shreveport area.

In 1989, George Gekakis, its president and founder, expanded the company’s efforts to the fast-paced city of Las Vegas, Nevada where the need for upper level housing to support the executive staff the growing casino industry, became a catalyst for Gekakis’ expansion into this growing field. The company built several design/build projects for prominent locals, as well as speculative single-family residences for the potential million dollar-plus-buyer.

All the projects were successfully built and sold. By the mid-1990’s, the firm began renovation work for MGM Grand, Inc., as well as other commercial contracting in the Greater Las Vegas area, including Henderson and Boulder City.

Recently, Madison Palms, our newest development, received a reservation of tax credits from Nevada Housing Division. This allows the project to soon begin construction. The 5-acre site is located within a shopping center North Las Vegas, NV at Ann Road and Simmons Street, and will offer 126 two-bedroom units of affordable senior living for seniors 55+. There will be a 9,800+ recreational clubhouse will feature community events, food distribution, health screenings, etc. The development will include energy efficient construction materials and water-conserving landscaping and irrigation. Local merchants and City of North Las Vegas are looking forward to the project coming to the area. 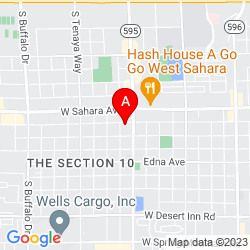